Today I’m very excited to introduce Laura Best! We’ve been writing friends since long before my first book released, and I’m a huge fan of her blog posts. 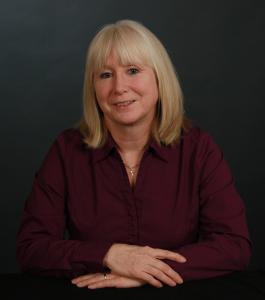 Thanks so much for inviting me to tell about my path to publication, Christi. It’s a pleasure for me to do a guest post for your blog!

I was one of those kids who felt an immediate connection to the written word. At the ripe old age of ten I began writing plays and enlisting the help of my school friends to act out the parts. We’d go around to some of the classes in our elementary school to perform the plays. It was great fun.

My love of writing followed me throughout my school years and many of my teachers would praise my work. But then I got married and started a family, and for a long time I forgot how much I loved expressing myself through writing. While motherhood certainly has its rewards it can also become all-consuming if we let it. A few years after my third child was born I realized there was something missing from my life. One day, it was as if a light bulb went off and I suddenly remembered how much I loved writing. I knew then what was missing.

From the time I first started writing I wanted to write my mother’s story. I grew up hearing her stories about the years she attended the school for the blind and thought it would make an interesting novel. But fictionalizing fact isn’t as easy as I thought it would be and after several failed attempts I gave up on the idea. Realizing that I had much to learn about writing, I then tried my hand at short stories. But I really had no clue about writing or even how to submit my work for publication. I went through a period of trial and error. I purchased a few books on writing that were very helpful and I learned one of the most valuable lessons a beginning writer can learn—show don’t tell. Living in such a rural area I knew nothing of writing groups or workshops for writers, and I certainly didn’t know any other writers. The writing world felt very illusive to me, one I wasn’t sure I’d ever belong to. Yet still I hoped.

Looking back, I realize how naïve I was. But they say ignorance is bliss and so I kept on writing and sending my stories out to literary magazines, collection rejection slips by the dozens. Acceptance finally came in 1993. The Amethyst Review, a literary magazine right here in Nova Scotia wanted to publish the short story I’d submitted. My hard work was finally paying off.

But finding that first acceptance didn’t make it any easier to find markets for all the stories I was writing. More rejections came in the years ahead and I vowed to quit writing several times. Each time I quit, a few days would pass and an idea would come to me. My curiosity would send me anxiously back to the page. More rejections followed but with those rejections there came more and more acceptances. Eventually, my work became published in over forty literary magazines and anthologies across Canada.

All the while I was writing and submitting to literary magazines I still had a dream of writing a novel one day. The idea for my first published novel began with a newspaper article I clipped from the daily paper. I kept the article, thinking it would one day make a good scene in a story. And I was right. One day I came across the article and knew the time was right to start writing this story. The article formed the barebones of Bitter, Sweet, a historic young adult novel about a family forced to take drastic steps in order to stay together. I set the story here in Nova Scotia. The story, quite simply, wrote itself.

I sent the manuscript out to a few publishers, one of them being Nimbus Publishing here in Nova Scotia and they ended up publishing it in 2009. It was even short listed for the Geoffrey Bilson Award for Historical Fiction for Young People the year after it was published.

With the publication of my first novel I put my short story writing aside and concentrated on writing novels. I started several projects during this time. But then one day, Cammie Deveau, a spunky ten-year-old, started telling me her story, and what a story it was. I set aside my other work and decided I’d better listen to what she had to say. She can be quite persuasive! Imagine my surprise when I discovered that she was visually impaired, like my mum. Was this the story I wanted to write way back in the very beginning? I wasn’t sure in the beginning.

While the novel I ended up with didn’t resemble my mother’s story (other than the main character’s visual impairment) I realized that sometimes the story we want to write doesn’t end up being the story that actually gets written. Cammie became the main character in my second novel, Flying With a Broken Wing, published in 2013.

Over time, I’ve learned to listen to what a story has to tell me. I like to allow my characters the freedom to tell their own story in their own way.  Dreams come to fruition in their own time. It takes hard work and determination to get there and the mindset to believe you can do it, because you can. 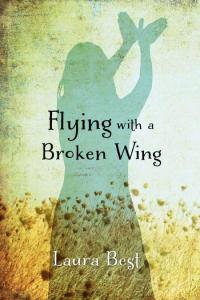 Cammie Deveau has begun life with a few strikes against her. She’s visually impaired, she was abandoned by her mother at birth, her father was a casualty of the Second World War and, if all that isn’t enough, she’s being raised by her bootlegging aunt. No wonder she dreams of starting a brand-new life.

When Cammie learns about a school for blind and visually impaired children, she becomes convinced that a new life is waiting for her in Halifax, but how will she ever convince her aunt to let her go? With the help of her best friend, she devises a plan to blow up the local moonshiner’s still. But Cammie has not managed to change her luck, and things get worse than she ever imagined.

Laura Best has lived in the small community of East Dalhousie her entire life.  Author of the award nominated Bitter, Sweet she has been published in literary magazines across Canada, including the Antigonish Review, Grain, and Room. In 2003, her short story Alexander the Great was nominated for the Journey Prize.