Today SM Ford is hosting my blog, and telling her Path to Publication story. Without further ado, here’s SM Ford… 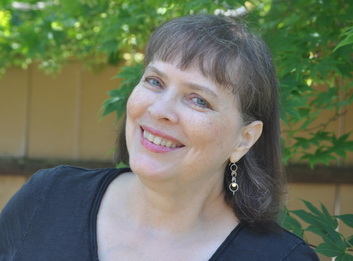 Growing up I never thought seriously about becoming a writer. Writers were extraordinary people who lived in far off places—I was just an ordinary teen living in a small town in Oregon. It was the seventies and computers were new and interesting, so that’s what I headed off to college to study. Meanwhile, I met this guy . . .

Fast forward to the early eighties—now married, I was mom to two lovely daughters, but still wanting to write. I came across a writing for children correspondence course. I applied and was accepted, but when I learned the cost, I figured it was a no. However, my wonderful husband encouraged me take it anyway. Looking back I can see I didn’t dedicate enough time and energy to the course, but eventually I passed. Meanwhile, I wrote some adult novels.

In the early nineties I connected with other writers and got involved in the children’s writing community. I sold my first short story in 1992. During that decade I started selling more and more pieces to children’s magazines and even two books to small presses. (I write for children under my maiden name Susan Uhlig.) I also sold a few articles for the adult audience. But the adult novels never sold.

To date I’ve sold over 160 magazine and online pieces. And in 2008, I became an instructor for the Institute of Children’s Literature—the very same place who offered the correspondence course I’d taken in the eighties.

In this decade, I also did work-for-hire picture books and easy readers for two different Korean publishers. But my adult novels? I gave up on them a long time ago.

Until this past fall. I pulled out my favorite adult novel manuscript and started rereading. Wow, had I learned a lot since I wrote it! I started editing, tightening, and deleting. In the end I reduced the word count by over 11,000 words. Almost on a whim, I sent the book to Clean Reads.

I was honestly surprised when I got an email that began with, “PLEASE tell me this book is still available!” and had a contract attached. Of course, signing the contract resulted in more work on the story with the help of a number of editors and copy editors. I’m so grateful for all their input to make ALONE a better book.

I wish my teen self could see it. 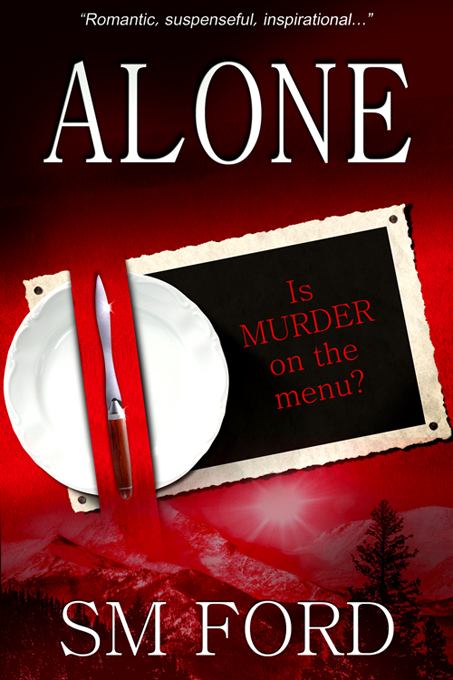 Ready for adventure in the snowy Colorado mountains, Cecelia Gage is thrilled to be employed as the live-in housekeeper for her favorite bestselling author. The twenty-five-year old doesn’t count on Mark Andrews being so prickly, nor becoming part of the small town gossip centering on the celebrity. Neither does she expect to become involved in Andrews family drama and a relationship with Simon Lindley, Mark’s oh so good-looking best friend. And certainly, Cecelia has no idea she’ll be mixed up in a murder investigation because of this job.

Will Cecelia’s faith in God get her through all the trouble that lies ahead?

Available for Purchase at the Following Retailers:

SM Ford writes inspirational fiction for adults, although teens may find the stories of interest, too.

When she was thirteen, she got hooked on Mary Stewart’s romantic suspense books, although she has been a reader as long as she can remember, and is an eclectic reader. Inspirational authors she enjoys include: Francine Rivers, Bodie Thoene, Dee Henderson, Jan Karon, and many more.

SM Ford is a Pacific Northwest gal, but has also lived in the midwest (Colorado and Kansas) and on the east coast (New Jersey). She and her husband have two daughters and two sons-in-law and three grandsons. She can’t figure out how she got to be old enough for all that, however.

She also loves assisting other writers on their journeys.